In one of his early dystopian short stories, the science fiction writer Isaac Asimov imagined a mile-wide space station that could “feed solar energy to the planets”. Published in 1941, under the title Reason, it described a fantastical “energy converter” that gathered sunlight and beamed it across the entire solar system.

Some 80 years later, Asimov’s flight of fancy is starting to take real shape. The UK government has commissioned research into space-based solar power systems that would use huge solar power satellites to collect solar energy, convert it into high-frequency radio waves, and safely beam it back to ground-based receivers connected to electrical power grids.

While scientists have recognised the potential of space-based solar power for decades, the cost implications have always been out of this world. But now, thanks to rapid advances in lightweight solar panels, wireless power transmission technology, and lower-cost commercial space launches (such as Elon Musk’s SpaceX programme), the budget could be within reach. Space-based solar power is turning from a pipe dream into a plausible outlier for zero-carbon, affordable electricity that could, in theory, beam power to homes and businesses all over the planet, with just the North and South Poles beyond reach, due to the positioning of the solar power satellites in Earth’s orbit.

Asimov was able to construct the space station with a few strokes of his pen. The UK Space Agency (UKSA) has instead commissioned a feasibility study of the leading international solar power satellite designs. It has tasked a British consultancy called Frazer-Nash with solving the engineering and economic challenges. What would it cost and when could it be operational? And how would the massive satellites be assembled in orbit – something that has never before been done at this scale?

The aim is to deploy an operational space-based solar power system by 2050, as part of a future mix of clean-energy technologies. There is no time to lose. The UK is in a space race with the US, Japan and China to unlock the secrets of extra-terrestrial solar power.

Robert Walters is head of industrial strategy for UKSA. “The study from Frazer-Nash will report to government shortly,” he told Chart magazine. “Ultimately, the commercial attractiveness will depend on the generating costs. However, one of the operational advantages of space-based solar power, in contrast to many other renewable technologies, is its ability to provide base load to the grid. This means it can produce enough energy to meet the minimum daily demand for electricity in society – 24 hours a day, seven days a week, 365 days a year – with minimal need for energy storage. And the beam is sufficiently diffuse to avoid any risk of harm to humans or animals.”

The Sun never sets in space, so a solar power system in the Earth’s orbit could supply renewable energy day or night, rain or shine – overcoming the intermittency of Earth-based solar and wind energy. According to Frazer-Nash, there would be just three hours, in the spring and autumn, when the solar power satellites would be in the Earth’s shadow. Once the satellites and ground receivers have been built, electricity could be generated at industrial scale, without using carbon-based fuels. On paper, space-based solar power offers the same benefits as nuclear power, but with a limitless supply of fuel, and without the waste. 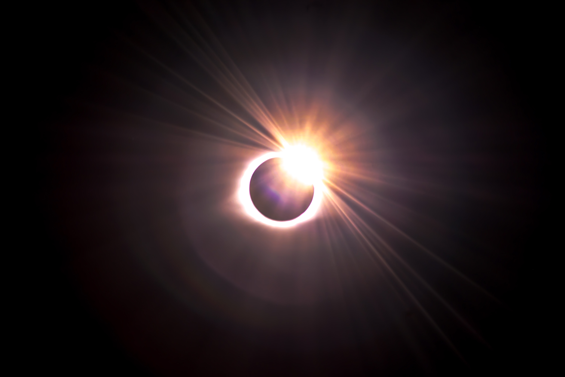 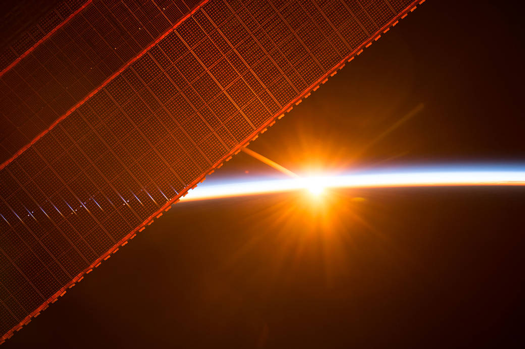 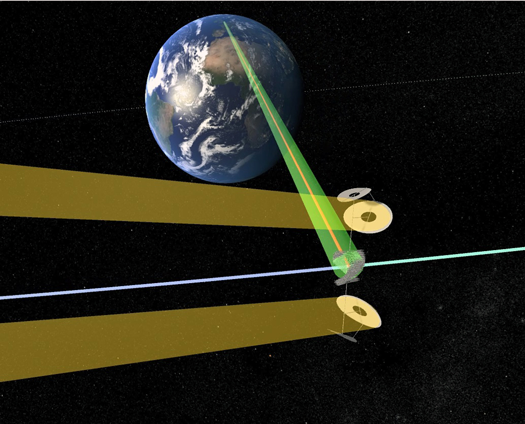 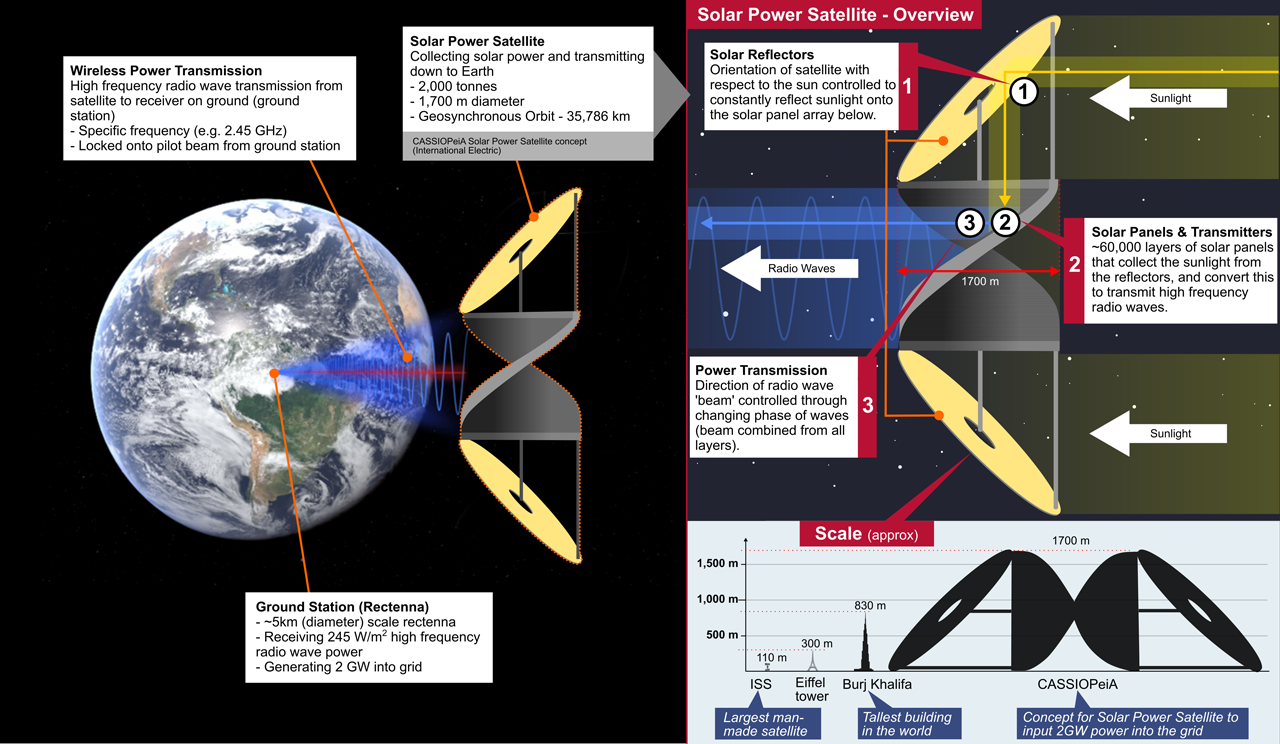