The benefits of a four-day week

In New Zealand, Finland, Japan, USA and the UK, political and business leaders are advocating a change to a four-day working week. Covid-19 has fuelled the debate.

The virtues of hard work are a cornerstone of our society. Warnings about idleness surround us, from countless Old Testament proverbs to our daily clichés and catchphrases. “Idleness,” we learn, “is the root of all evil.”

Well, never mind Old Testament proverbs. It’s now an Old Testament-style plague that may be wearing away the cornerstone of hard work. Has the era of the four-day working week bustled into the public eye thanks to Covid-19’s impact on our work patterns?

Two of the more up-front political advocates for a shorter working week are leaders of nations that have handled Covid-19 better than most: Finland’s Sanna Marin and New Zealand’s Jacinda Ardern. Both are women, which may (or may not) shape their attitudes to a balance between home and work life.

“A four-day work week, a six-hour workday. Why couldn’t it be the next step?” Marin speculated in August 2019. “Is eight hours really the ultimate truth?”

Marin later rowed back from making a policy commitment but Ardern picked up the baton in May. “I hear lots of people suggesting we should have a four-day work week,” she said. “Ultimately that really sits between employers and employees. But there’s just so much we’ve learnt about Covid-19 and that flexibility of people working from home; the productivity that can be driven out of that.”

Ardern, like Marin, stopped short of suggesting legislation, throwing the onus on to employers instead. There are precedents. Motor-car manufacturer Henry Ford is credited with the introduction of the 40-hour working week in 1926. Profit, as much as altruism, was the motive. Ford found his workers became more productive. Furthermore, why make mass-produced goods if people have no leisure time in which to buy and use them? “It is high time to rid ourselves of the notion that leisure for workmen is either lost time or a class privilege,” Ford said. This 20th-century American industrialist was not operating in a vacuum. Labour movements in the previous century had shifted attitudes. Throughout the 19th century, for example, various British administrations moved to protect factory workers. Initially, this limited the amount of time children could work in factories. One mill-owning member of parliament even conceded that he “doubted whether shortening the hours of work would be injurious even to the interests of the manufacturers; as the children would be able, while they were employed, to pursue their occupation with greater vigour and activity.”

You can hear an echo in Jacinda Ardern’s comments about flexibility and productivity in the Covid-19 world of work. And in the UK, as part of its 2019 election manifesto, the opposition Labour Party suggested a four-day week (strictly speaking, a 32-hour maximum working week) within a decade, based on research that included analysis of the future impact of technology in the workplace.

While there is little progress on a legislative approach to a four-day week, individual companies are certainly innovating. One of the biggest advocates is Andrew Barnes, founder of New Zealand corporate trustee company Perpetual Guardian. In 2018, he trialled a four-day week, with pay retained at its five-day level, to improve his staff’s work-life balance. It was so successful, the trial became permanent.

Others followed. A Microsoft Japan trial in late 2019 resulted in a productivity boost of 40 per cent, thanks in part to shorter meetings and more remote conferences; electricity costs fell by 23 per cent.

American magazine Harvard Business Review has surveyed business leaders who have instigated a four-day week. It revealed increases in employee satisfaction, reductions in employee sickness and a link with improved employee quality of life.

“The practice is judged particularly attractive by 75 per cent of the Gen Z and Gen X people we surveyed,” the survey concluded. “Rather than relaxing, they’re using their additional time to up-skill, volunteer, and build side hustles.”

This use of additional time away from work to boost other skills recalls philosopher Bertrand Russell’s 1935 essay In Praise of Idleness. In it, Russell argued for a four-hour working day.

“It is an essential part of any such social system,” he wrote, “that education should be carried farther than it usually is at present, and should aim, in part, at providing tastes which would enable a man to use leisure intelligently.” 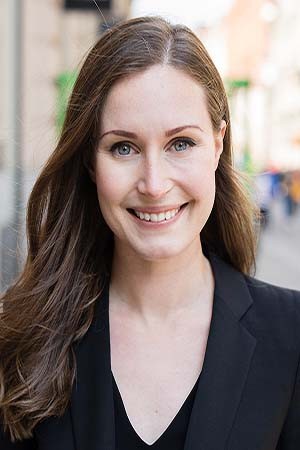 There are of course caveats and objectors. The Wellcome Trust, the world’s second-biggest research donor, abandoned a four-day week trial because they found it bureaucratically complex. An attempt at introducing a six-hour working day for health workers in Gothenburg was dropped because it proved too expensive. And some people just think more is better: Jack Ma, co-founder of Chinese online shopping giant Alibaba, argues for 12-hour working days.

Despite arguments against – for reasons of logistics, cost or culture – Barnes hopes Covid-19 will prompt a greater take-up. “New Zealand could definitely go to a four-day week in the aftermath of Covid,” he told The Guardian newspaper. “We need to retain all the productivity benefits working from home has brought (including cleaner air and a lack of gridlock, lost productivity from commuting), while helping businesses stay afloat. We have to be bold with our model. This is an opportunity for a massive reset.” 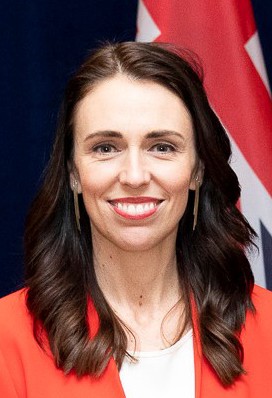 That reset is emerging in a new economic model, one that privileges the value of work over the volume of work; sustainability and employee well-being over growth for growth’s sake. It abhors a world in which the Japanese concept of karoshi (death by overwork) exists. It celebrates analysis from the University of Massachusetts that claims a four-day week would reduce our carbon footprint by 30 per cent.

“Hitherto we have continued to be as energetic as we were before there were machines,” wrote Russell in 1935. “In this we have been foolish, but there is no reason to go on being foolish for ever.”

What would the Old Testament scribes have made of that?

Andrew Barnes, founder of New Zealand based company, Perpetual Guardian, introduced the 4-day week, maintaining the same level of productivity and profitability, but leading to increased well-being for staff.