The man who flies into hurricanes

In an attempt to predict the path and intensity of hurricanes, meteorologist Jason Dunion flies right into the middle of them. Nervous air passengers should look away now.

“The pressure was dropping incredibly fast. We were in a rapidly intensifying hurricane. At one point, as we were going through the eyewall of the storm, we had over 3Gs of force. Compare that to astronauts back in the Space Shuttle days who had 3Gs at take-off. It was a pretty intense flight, for sure.”

Jason Dunion is describing the time, in September 2019, when he and fellow meteorologists flew right into the middle of Hurricane Dorian, high over the Atlantic Ocean. Strapped into a Lockheed WP-3D Orion turboprop plane, and armed with all sorts of meteorological instruments and computers, they were there to glean valuable weather data and transmit it back to the National Hurricane Center in Miami. This was quickly used to warn those living in Dorian’s path – across the Caribbean and the eastern United States – where the hurricane might strike and with what intensity.

“The ultimate purpose of what we do is to save lives and property through better forecasts,” Dunion explains.

This 48-year-old storm chaser, a meteorologist from the University of Miami, also works in hurricane research at the National Oceanic and Atmospheric Administration (NOAA). He has been flying into hurricanes since 1997 – both in the Atlantic and the eastern Pacific – with 30 to 40 storms now notched up. Of all of them, Dorian was by far the most violent. 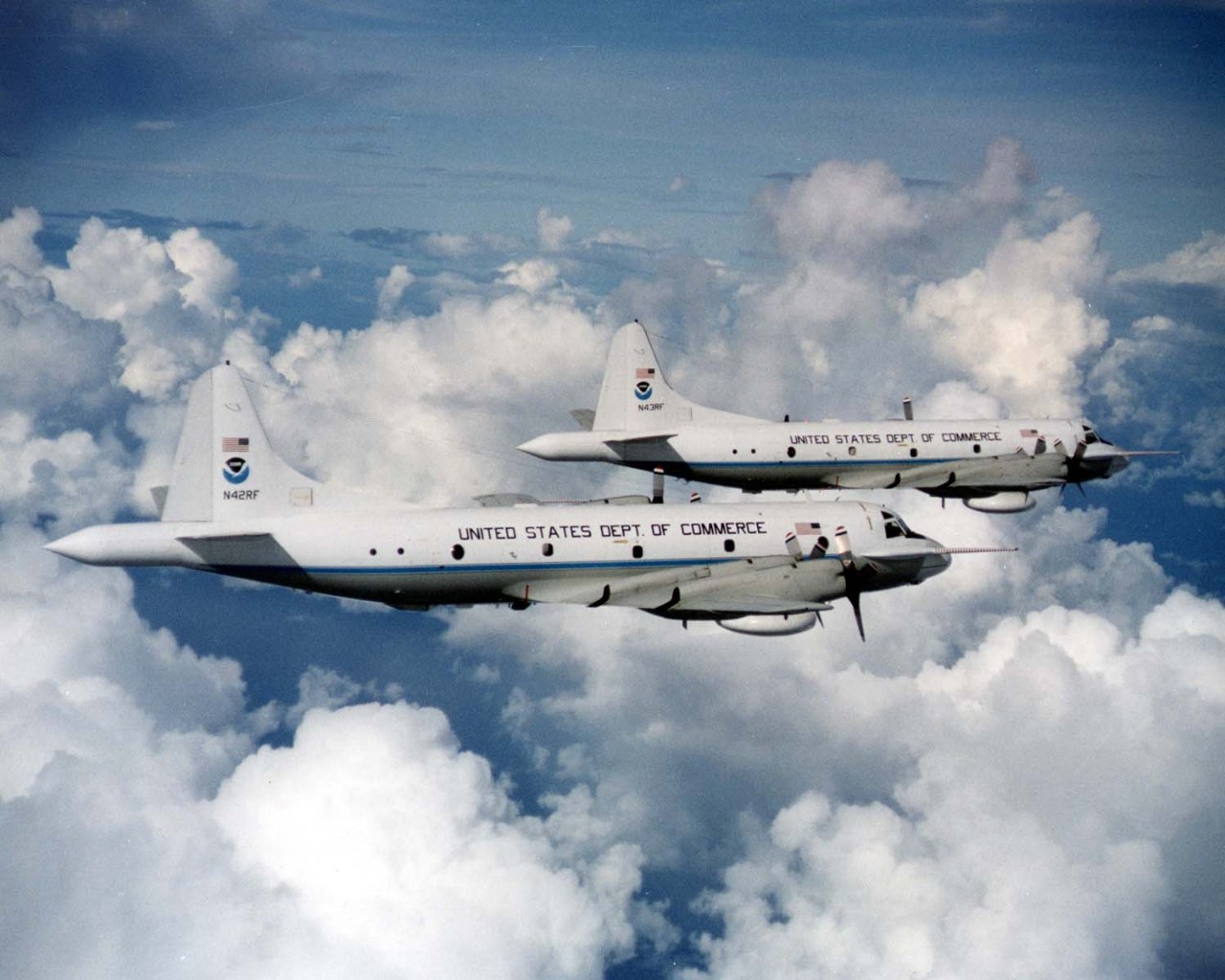 “Every time we passed through it was quite a ride,” he remembers. “Seatbelts all the way.”

NOAA has three “hurricane hunter” aeroplanes at its disposal, mostly operating from Lakeland Linder International Airport in Florida. Two are Lockheed WP-3D Orion turboprops, the third a Gulfstream IV-SP. Painted on the fuselage, and lending each plane its nickname, are puppet characters from the Muppet Show. So the Lockheeds are Kermit the Frog and Miss Piggy, while the Gulfstream is Gonzo.

Cartoonish paintjobs belie the very serious missions these planes find themselves carrying out, however. The job of the Gulfstream is normally to cruise around the upper fringes of hurricanes, while the sturdier Lockheeds fly directly into the centre, often making several passes back and forth.

At first they cross through the turbulent chaos of what’s known as the eyewall, before breaking into the calmness of the eye in the middle, and then back out through the eyewall again.

“Inside, it looked like a football stadium. It had a bowl shape to it, but this bowl was 50,000 feet tall. We could get up from our seats, walk around the plane... All a bit surreal.”

Dunion and his colleagues work throughout the hurricane season, from July to November. Like air crew, they are on call much of the time. Despite the danger, it’s a job they obviously love, as demonstrated by Dunion’s animated description of the chaotic flights.

“As you approach the storm, you get a little turbulence, like in a commercial airliner,” he says. “As you pass through the outer bands, a few hundred kilometres from the centre, you need to put your seatbelt on. Then you get to the eyewall, the ring that's just outside the eye, and the most powerful part of the storm.”

This is where the G forces really kick in. Dunion explains how fierce updraughts might suddenly propel the plane several hundred metres upwards, or how downdraughts might lurch it downwards.

In the latter case, he and his colleagues experience zero gravity. “Things will float around for a few seconds because you’re losing altitude so fast. A few times we experience weightlessness. We’re strapped in by our seatbelts, but objects are getting tossed around the cabin.”

Then, the plane enters the incredible calm of the eye itself. In the case of Dorian, this was 12 miles across. Some hurricane eyes can be up to 40 miles across.

“Inside, it looked like a football stadium,” Dunion remembers. “It had a bowl shape to it, but this bowl was 50,000 feet tall. We could get up from our seats, walk around the plane. Down below we, could see 30-foot waves on the ocean, and up above, beautiful blue skies, with the sun peeking over the top of the eyewall. All a bit surreal.” 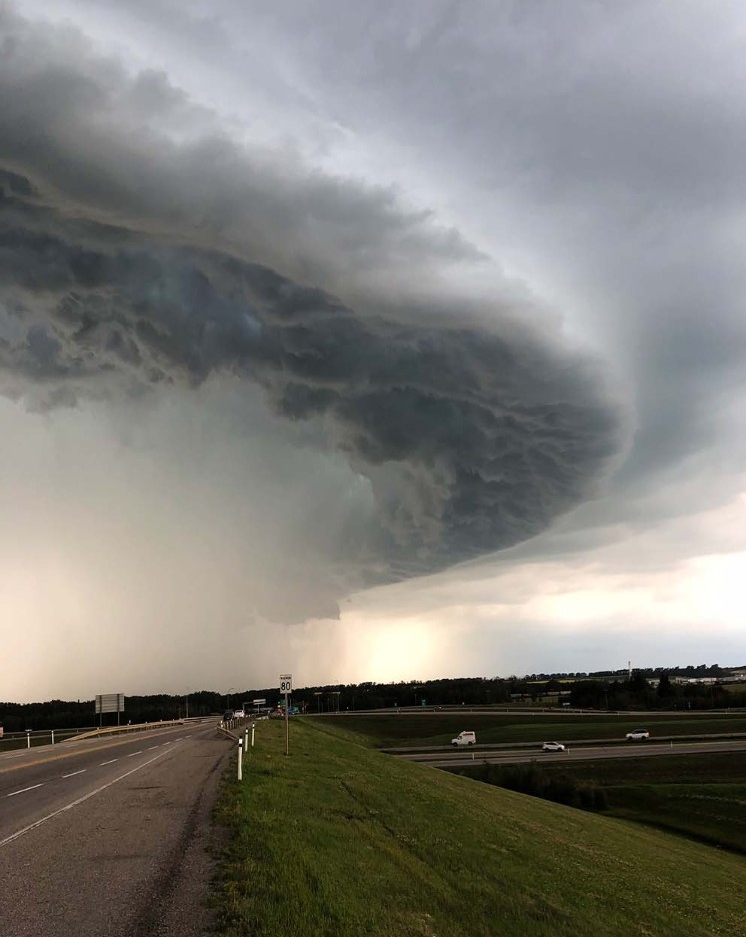 Since they normally pass back and forth through the eye several times during a flight, hurricane hunters have time to conduct many experiments. Sharing cabin space with an armoury of devices such as radars, probes, 3D lasers, altimeters, microwave radiometers and dropsondes, they measure everything from wind speed, direction and shear to temperature, pressure, convection, humidity, precipitation and gravity waves.

Dunion is well aware of the dangers of dicing with one of nature’s mightiest forces. In the past, other hurricane hunters have almost lost their lives in similar situations. In September 1989, for example, while investigating Hurricane Hugo in the Caribbean, one of NOAA’s Lockheeds very nearly crashed into the ocean. One of its engines burst into flames and the plane dropped to within just 270 metres of the waves.

However, as Dunion stresses, scientific advances make his job a lot safer than it was a generation ago. Nowadays pilots rarely stray below an altitude of 2,500 metres so that if there is a sudden vicious downdraught, they have time to take evasive action.

Advances in meteorology have also enabled scientists to predict the path and intensity of hurricanes with far greater accuracy. Dunion explains how he uses a device called a stepped-frequency microwave radiometer which, from a safe altitude, can measure the wind speed down at sea level (by assessing the microwave energy coming off the waves) where it’s far too dangerous to fly. 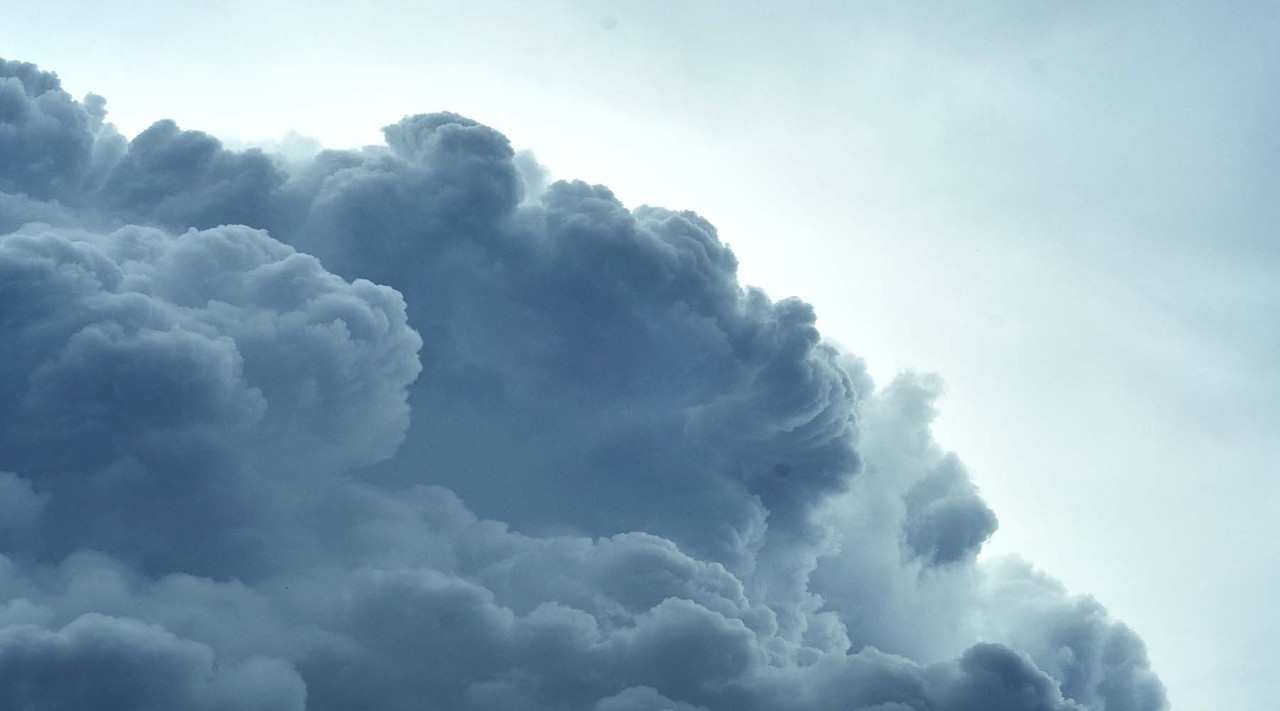 Another device called a tail Doppler radar allows him to send huge amounts of data very quickly to the National Hurricane Center and to computer modeling centres so that meteorologists can predict the storm’s path and intensity more efficiently than ever.

Drone usage has increased too. NOAA has already used large drones to examine the top third of hurricanes, at altitudes where aeroplanes cannot fly. Small, expendable drones, meanwhile, are sent down into the lethal zone close to the ocean surface.

Over the years, from some quarters, there have been suggestions that scientists might eventually alter the intensity or path of hurricanes through methods such as cloud seeding or cooling ocean water.

President Trump was once reported to have rather indelicately suggested that hurricanes could be disrupted with nuclear bombs.

Dunion worries, though, about the ethical implications of trying to alter the course of a hurricane. “What if it tracks away from you but heads towards another nation or island instead? Or you may try to reduce its intensity but [inadvertently] cause it to intensify instead. It's a slippery slope. I prefer the approach of trying to better understand and prepare for hurricanes rather than trying to control them.”

While Dunion has viewed dozens of storms through aeroplane windows, he has also experienced the wrath of a hurricane back down on terra firma.

He has two places of work: one down south in Florida and one up north in Connecticut. In both locations he has witnessed the severe damage these storms can wreak. In Connecticut it was Hurricanes Sandy and Irene while in Florida it was Katrina and Wilma. The latter two destroyed the roof of his family home.

All of which means Dunion has personal reasons to discover even more about hurricanes than he already knows.